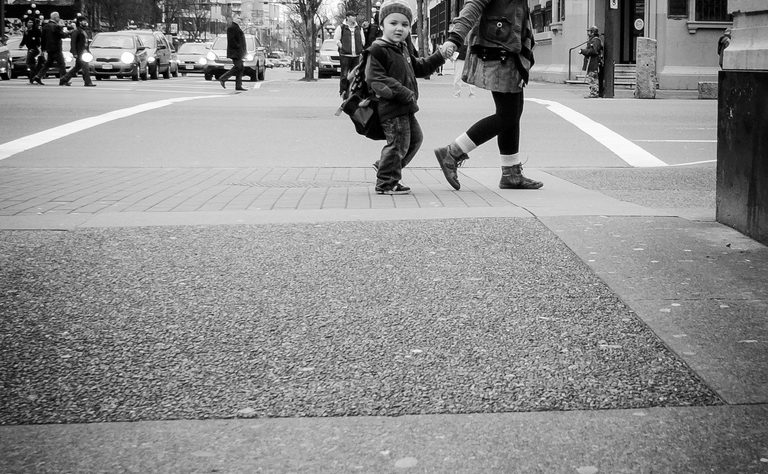 Childcare costs. A lot. People who earn little get significant state help and subsidy. And so they should – a low-income family’s child doesn’t cost them half as much to care for as the child of a family earning twice as much. It costs the same per hour/day/week for childcare regardless of your salary.

Obviously there are more and less expensive nurseries, child-minders, and grandparents. But if you want to go to work, and there isn’t a partner at home to care for the little ones, then professional childcare is your only option.

People who earn a lot more still get some help/subsidy in the way of tax free childcare vouchers. This is where you pay towards your childcare straight from your pay packet, before the taxman takes his cut – in effect a tax free amount from you to the childcare provider. This is available if your employer offers the facility and neither parent earns more than £50k (proposed rule). Sadly there is a limit to the amount you can pay tax-free and this is £243 per month. Again, doesn’t go far if you are paying for nursery 5 days a week.

I apologise for what may turn out to be a dull post. Or an antagonistic one, depending on your point of view. I aim to avoid generalising any group of people and offer no one solution, only comment designed to bring the topic of childcare and the costs of childcare up for discussion.

I’d be very interested to hear your views, and hopefully a wide cross-section of opinion. I think that childcare costs is a divisive topic of conversation and your viewpoint depends entirely on your situation.

Should childcare be fully funded by the state? After all it benefits the economy if all parents are able to go to work, pay tax on their earnings, and then pay tax on their spending. But is this fair on people who don’t have children (by choice or otherwise)?

Should childcare be free for those with a household income below £X where all adults in the house are working? Or does that penalise those who strive to earn more (and have the opportunity to)?

Should childcare be paid for but be tax free? for everyone? Is childcare not simply a cost to going to work and therefore should be deducted pre-tax? But then where do you draw the line? A commuter’s train ticket? Suit and shirt/blouse – aren’t they a cost of working too?

Someone is bound to state that the scandinavian system is better. It’s an oft quoted response, and one that could be true. But then I’ve heard it suggested so many times that I’m confused now as to which nordic country we’re talking about, and I have a suspicion that those in favour of state childcare probably wouldn’t also be in favour of the 45% tax rate that goes with it.

All I know is that we all want good childcare, and we would all like to pay less for it. What I don’t know is how we go about that.

Email your thoughts to james.cole@familyandparenting.co.uk