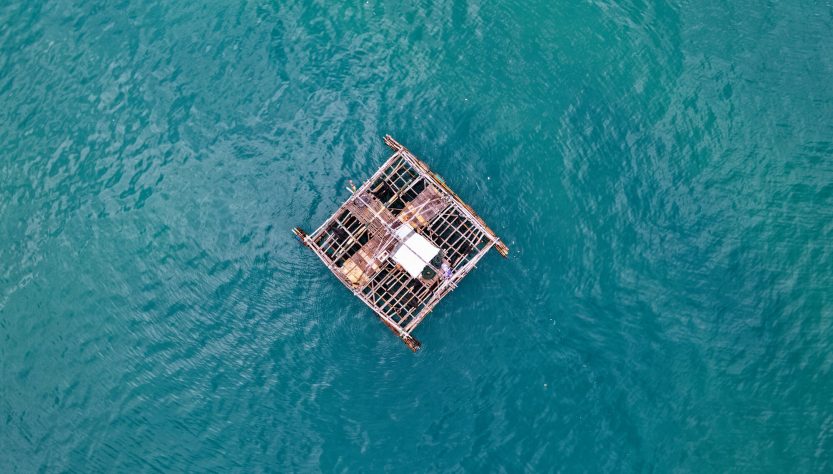 A journey that seems to have been without a paddle

In 1973, Spanish-Mexican anthropologist Santiago Genovés decided to create a 100-day ‘peace experiment’ to find out what drives people to commit acts of violence. He put a group of five men and five women from different parts of the world with him onto a raft and cast them out to sea, to sail from the Canary Islands to Mexico.

Forty-two years later, In 2015, ITV decided to revive the 2005/6 observational social ‘Love Island’ experiment to find out primarily, what drives TV ratings, and ostensibly, what drives people to fall in love.

View this story on Medium.com

ITV put a group of men and women from different parts of the UK & Ireland into a house in Mallorca and locked them in, with the footage then broadcast, nightly, to millions of TV viewers in the UK.

Santiago’s raft, the ‘Acali’, had been built specifically for the experiment. The raft was made up from a steel hull 12m long and 7m wide. The cabin sat on top of the hull and gave the crew a space of just 22 cubic metres; 4m x 3.9m in area and 1.4m in height. Designed by José Antonio Mandri and Colin Mudie, and then built in Newcastle, UK – The raft was named ‘Acali’.

The Love Island ‘psychology villa’ is located in Sant Llorenç des Cardassar, Mallorca, and contains over 69 cameras watching the Love Islanders’ every move. It only includes double beds forcing them to share, and also has a private Hideaway bedroom for couples to spend the night away from the others.

The advert for the Acali experiment looked for individuals of different nationalities, different religions, preferably married, but all were to be sexually attractive. His basic premise was to try and show that conflict exists through sexual tension – even within people who should not be conflicted due to personal relationships. He also upped the ante by including a Catholic Priest amongst their number. A further attempt at creating the foundations for an upset was in his choice of a female Swedish captain. A captain eminently qualified to steer the craft but also to provide an additional point of potential conflict; being led by a woman at sea.

But onboard the raft, what happened was not what the anthropologist anticipated, and three of the women who took part – Fay Seymour, Edna Reves and Maria Bjornstam have told their story to BBC World Service’s Outlook programme.

At sea, the subjects on board the Acali experiment were told to rate each other in terms of sexual appeal, likes and dislikes and that this would remain anonymous.

Sex did take place, by day 22, and as week four commenced, the travellers tell of boredom kicking in, and sex taking place between crew members – usually the two on guard whilst the others slept – with one hand on the wheel.

Where Santiago was looking for conflict, little arose, Even with the sexual encounters taking place, the raft’s proxy society continued to function well. With things not going his way, you could argue that Santiago felt fully mugged off and so decided to tweak the experiment whilst at sea, by disclosing the private information that the crew members had shared in their anonymous surveys.

“Who would you most want to have sex with? Who would you most like to kick off the raft”. Of course, this information would change dynamics and would cause emotional hurt, but still, the raft society wouldn’t yield to his hypothesis.

Santiago craved the conflict he needed to prove his hypothesis. He tried to drive divisions between the crew, between new friends, but to little success. He threw buckets of cold water over them, and he wanted to break them down. In one desperate move, he staged a one-person coup to overthrow the captain. The crew made their joint steps towards intentional conflict. They plotted to murder him.

Late at night, the crew assembled on the roof of the raft, out of sight of the camera, and plotted how to take down their now despotic leader. They shared ideas of pushing him overboard or collectively inserting a syringe that all had touched, all had committed to, and all for which they would be collectively responsible – or silent.

The psychology of Love Island

Inside the house on Mallorca, what happened on Love Island is what every napkin Anthropologist anticipated.

Landside, the villa also includes an interview room called the Beach Hut where the Islanders are allowed to have their say in private.

Like at sea, the private thoughts and feelings of the islanders are, during each series, shared back to the group intending to trigger emotional hurt and division within the group.

On top of this, the modern-day Mallorcan experiment adds in comments from public viewers – something with which the sailors never had to contend.

Twitter comments praising and trolling the contestants are revealed to upset the emotional status of the group. Worse still, these comments are relayed to the individuals via their fellow islanders – in a method designed to add insult to psychological injury.

Both experiments investigate interpersonal relationships in conditions of limited space and social isolation.

Cast your mind back to Big Brother’s beginning; touted as a social experiment in psychology, an opportunity to bring together a disparate group of individuals and observe them at rest, play, and in conflict.

John de Mol brought us a UK version of the Dutch TV format; a house based in East London where a group of 12 people sat around in the house all day for weeks on end with cameras watching their every move and an observational psychological experiment.

An experiment whereby the viewers got to know the characters within the play, they got to know their likes and dislikes, the characteristics and how they interacted with other people and simply got to observe them going about their daily business in the most artificial of environments.

Beneath all this entertainment packaging could be some fascinating insights into the human psyche, into group dynamics. There could be some scientific testing of hypotheses that would help us build better societies; ideas that would help us to reduce conflict – and to prevent conflict before it occurs. With the advent of social co-living spaces, we could benefit from the insight.

Instead, with the ratings-driven psychology of Love Island, we are perpetually heading for the next series of the raft, the house, the island. A journey that seems to have been up many creeks, but one that is distinctly lacking a paddle.