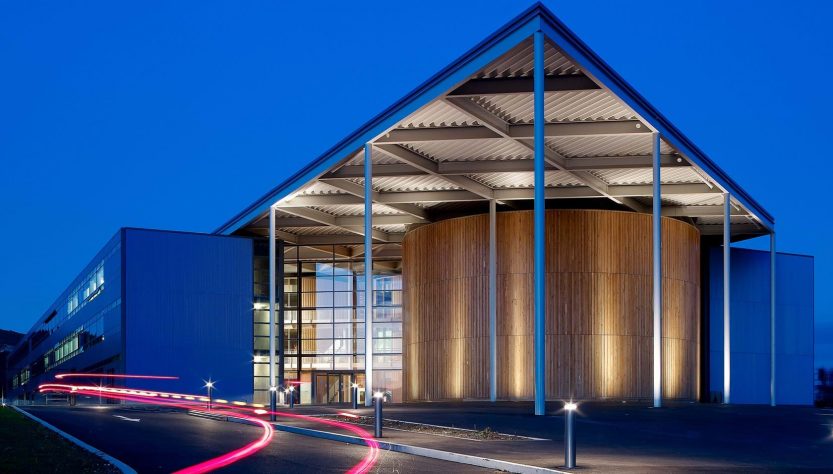 School architecture tends to elicit a response in almost everyone, yet the emotional response can range from very negative to a positive feeling that lights up the face of the person questioned. But what effect does school building design have on the learning outcomes of the pupils and the work environment of the teachers and staff?

An article on the BBC Website poses this exact question in relation to the new Broomlands Primary School in Kelso, Scotland: ‘Does a stunning school help learning?‘.

When you already have parental guilt about school selection, there’s a secondary consideration: is the school building design trying to attract the adult’s positive attention as well as the children?

I went through a three school system; primary school, middle school, and finally a high school including Sixth Form.

My primary school was a quaint, rural, the school architecture was a Victorian brick-built affair that wouldn’t look out of place on a black and white photograph of how the country-folk lived back in the olden days.

The primary school sat in the shadow of the village church and like the picture box postcard it portrayed, the school building had the most enormously tall sash windows which flooded each of the classrooms with light and fresh air – learning never felt tiring due to gloomy airless spaces.

My Middle School architecture was more of the typical block-built, windows running in horizontal strips and a complete lack of architectural inspiration anywhere on site.

At High School, it felt like the architects had at least taken an interest in the local area, if not necessarily the need to educate within the weirdly shaped rooms – but from the outside, it worked: the school buildings design blended into the countryside looking like a collection of barn shaped structures nestled within the trees.

As a side note, I returned to visit my High School about ten years after I’d left and my memories of a relaxed open rural space were shattered as soon as I saw the 8-foot tall prison-style fencing that now ran the perimeter. I’m still not sure if it was to keep people out or keep in the school pupils?

Folkestone Academy in Folkestone, Kent, UK was the result of a £38m overhaul of the notorious Channel School and the school architecture by Foster + Partners has been credited with having an impact on admissions, behaviour, and the performance of the school since reopening.

On the plan, the three-storey school building design is a simple rectangle, with two entrances and an external play area on the southern edge; a sports hall and library in the eastern end; and a circular performance auditorium in the west. These spaces are unified beneath a dramatic steel roof canopy, made up of solid triangular inserts slotted into a diagonal lattice and punctured by light wells. The roof projects over the northeastern corner of the building to shade the glazed entrance and its angular form is echoed inside in a zigzag arrangement of elevated walkways. The walkways run between the strands of perimeter classrooms to define two full-height trapezoidal atria and a smaller study area.

The school may still be ranking low on attainment when compared to the national average but streets ahead of its previous incarnation as the local ‘failing school’ and I would venture that the school architecture has played a part in that transformation.

If you give kids an inspiring setting in which to learn, if you give children light and air and space and form and structure and all of the best possible infrastructure to complement a teaching team – then I maintain that the kids will be inspired, will have the best possible start, and that school architecture will aid learning.