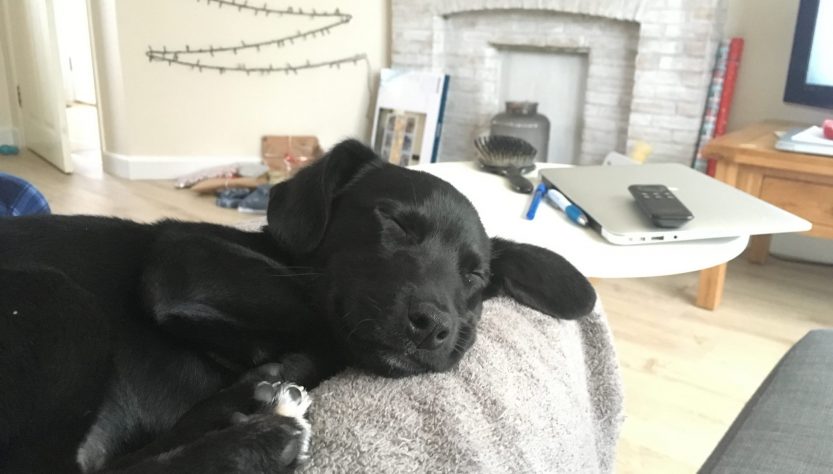 They might look cuddly, beautiful, and the cutest thing that you ever did see, but puppy dogs who destroy furnishings seem to be working very hard at not being man’s best friend – but how do you stop a puppy from chewing everything?

The first step is to appreciate their age and ability to comprehend consequences. You may have heard it said that with dog training – you have to correct and reward immediately as it’s no good waiting five or ten minutes before you praise your puppy, give them a treat, or scold them (more on this later).

Puppies don’t have a good grasp of consequences and they have the concentration span of a magpie with ADHD – if you don’t correct/praise your puppy immediately then the pups have absolutely no idea what you are referring to.

So how do you stop a puppy from chewing?

Consider what the puppy is chewing. What is the context for their chewing? Is your puppy bored and looking for something to chew just to alleviate their boredom? Is it anxiety linked chewing? Is the puppy chewing on their carry case or seatbelt in the car because they are nervous about travelling in a metal monster where everything outside the glass flies past you?

According to the Humane Society, The best solution to stop a puppy from chewing the stuff you don’t want them to is to distract them with something you are happy for them to chew and then praise them for chewing that toy.

When you see that your puppy is chewing your slipper, or chewing the edge of the rug [Ed. – literally as I write this. The irony is too much!] then distract them by making a loud noise such as a clap and a reprimand noise such us “uh!”.

Now praise the puppy in an excited voice as they chew the toy – make chewing the toy a thrilling event so that they start to distinguish between what is and isn’t a dog toy, and what they should and should not be chewing.

Education really is the best solution. So remember to check the context – are they scared, looking for attention, bored, anxious, or do their gums hurt from those might fine razor-pin-teeth that are growing 7 times faster than your teeth did?

Positive reinforcement of good behaviour and immediate correction (interrupt with a loud noise, distract and move them away from bad) and then immediate praise when chewing the toy.

Remember they are just puppies. Chewing is good, but you need to teach them what is theirs to chew and what isn’t. And for God’s sake, put your shoes away and tidy up 🙂