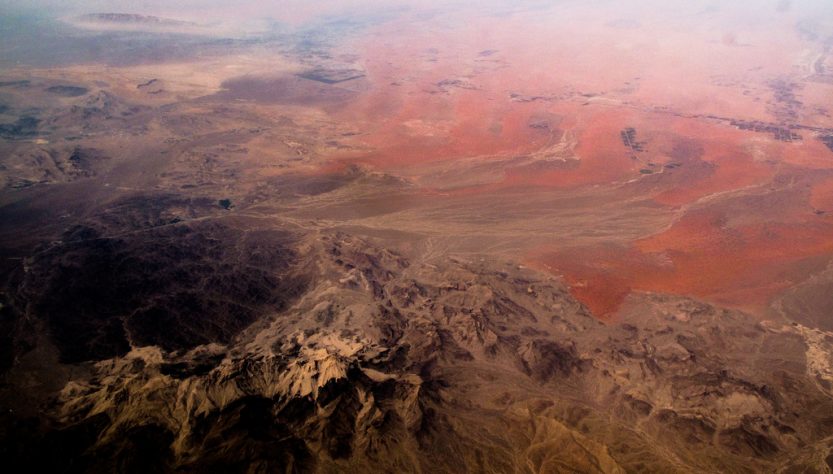 According to research from G Adventures – ten countries have been tipped to top our bucket lists.

The list ranges from countries on the rebound to places which are becoming more accessible including Sri Lanka, Russia, Columbia, Kyrgyzstan, Portugal, Morocco, Hawaii, Bolivia and Oman.

With such an array of unusual destinations, it’s apparent our travel tastes and holiday habits have come a long way – both attitudinally and in terms of the actual distance travelled by the average trip taker – since the first package holidays in the fifties and sixties; when early mass holiday packages saw Brits arrive in their thousands to visit destinations such as Palma and the Costa Brava.

In fact, last year an enormous 45 million holidays abroad were enjoyed by UK residents – almost double that of ten years ago – with adventure companies like G Adventures seeing India, Cambodia, Vietnam and Peru as some of the most popular 2017 destinations, with adventure travel appealing to a broad range of age groups.

And despite our ‘Brits abroad’ reputation, research reflecting on this year’s holiday habits shows an overwhelming majority (96%) say that they actively try to enhance their exploration of new places by immersing themselves in local cultures and traditions such as eating at locally-owned restaurants (77%), shopping for locally produced souvenirs (47%) and observe local customs and traditions (46%).

In fact, 95% even go as far as to say they feel embarrassed when fellow travelers stick to stereotype and bring ‘home’ away with them with holiday bugbears including fellow tourists drinking too much during the day (55%), being too loud (41%) and using inappropriate language (41%).

Traveller & Tourist Magazine have long maintained that the best experiences are gained through blending in where possible, and joining in/participating in local life rather than treating holiday and travel experiences as just collecting stamps in a passport.

The research shows that whilst climate and cost remain important considerations for our travel choices, a third consider broadening of the mind and authenticity (27%) as key elements of their wanderlust with economic impact on the local economy and environmental factors also play a part.

SRI LANKA – The ‘pearl of the Indian Ocean’ is having a moment in the sun. Sri Lanka aims to double the number of tourists to five million by 2020 as part of its development strategy.

RUSSIA – The world’s largest country will be firmly in the media spotlight in 2018 as it plays host to the world’s largest single sporting event – the 2018 FIFA World Cup. The Russian Embassy has rolled out the welcome mat, waiving visa fees to fans attending the World Cup. Simon Reeve recently travelled across Russia with the BBC, and beyond the football it’s a culturally rich destination.

COLOMBIA – A high-profile 12-year peace treaty, a Nobel Peace Prize for its President, and national investments in marketing the country overseas, have all combined to boost Colombia’s reputation as a great place to visit. Inbound tourism has rocketed more than 250 per cent in the past 10 years, outpacing tourism to all other South American countries.

KYRGYZSTAN – Kyrgyzstan is benefitting from investment in tourism by the U.S. Agency for International Development (USAID). The focus is on immersive culinary experiences and active trips, with more than 2,500km of newly marked treks being developed throughout the country. 2018 will also see Kyrgyzstan host 40 nations in the biennial World Nomad Games, a championship of traditional nomadic sports and culture, with competitions in eagle hunting, stick wrestling, and horseback battles — even Genghis Khan would have been impressed. A nine-day trip Best of Kazakhstan and Kyrgyzstan trip is priced from £749pp.

PORTUGAL – The 2018 hosts of Eurovision have had a record-breaking year in 2017 as travellers seek affordable European destinations with fewer crowds, quality food and wine, and perceived security.

MOROCCO – Foreign tourist arrivals to the Morocco rose more than 13 per cent during the first 8 months of 2017 versus the same period in 2016, bringing eight million visitors. Travellers with G Adventures are contributing strongly to this growth. The opening of the new Yves Saint Laurent museum in October this year has also helped propel publicity for Marrakech, one of the country’s main hubs. A 15-day Highlights of Morocco trip is priced from £949pp.

HAWAII – The Hawaii Tourism Authority is granting US$3.5m to local community tourism and conservation groups in 2018 to promote the Pacific Island state’s cultural and natural heritage, and to set the islands up as leaders in sustainable tourism.

BOLIVIA – With its new US$150 million, 119-mile Tupiza-Atocha-Uyuni highway set to open in mid-2018, connecting the Eastern and Western ranges of the Bolivian Andes, travel to and from the famed salt flats will become more accessible.

OMAN – Rounding out the top 10 destinations for adventure in 2018 is the ‘Switzerland’ of the Middle East.

EGYPT – Despite the tragic terror incident in North Sinai over the weekend – in an area far removed from any tourist activity – G Adventures believe 2018 is still set to be a popular year for travel to Egypt. The new Grand Egyptian Museum prepares to open in late-2018 as the world’s largest archaeological museum. The attraction is expected to attract a lot of attention, which will hopefully contribute to Egypt’s tourism comeback. Egypt’s tourism revenues jumped by 170 per cent in the first half of 2017, while G Adventures’ bookings grew 24 per cent. See it now, before the crowds return.