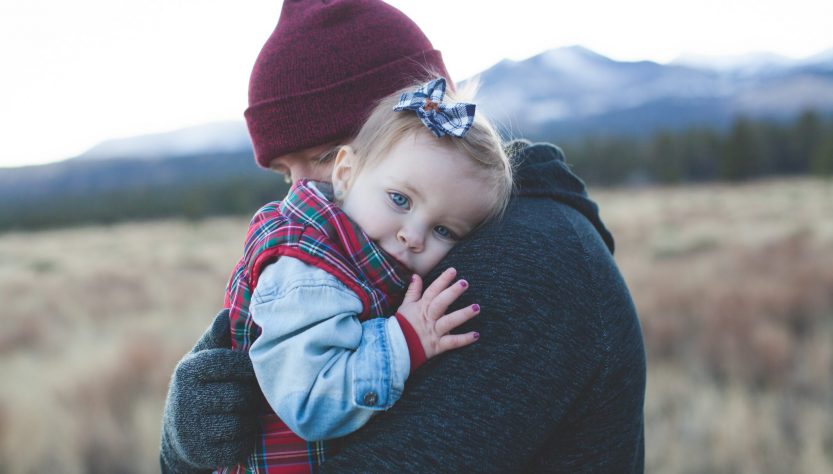 When it comes to parenting, mothers are still stereotypically seen as the dominant force in the family, in charge of everything from dinner to more serious decisions. Regardless of how involved a dad might be in helping to raise his children, society still wrongly sees men as the lesser parental counterpart.

But the fact is that the role of fathers has changed: they are no longer expected to be the sole breadwinner, and have become more and more involved in the caregiving aspect of their family role.

Sadly, not every family is a perfect bubble of happiness, and problems do arise. The old “detached father” stereotype has not left family services yet, however, and where issues arise, dads are left on the sidelines.

Help for parents is usually structured to focus on mothers. Group work or specific programmes tailored to fathers to help them build strong, healthy relationships with their children are few and far between. But the needs of fathers are different from mothers – with fathers having, for example, a greater need for knowledge about child care and child development. For them, simply utilising a generic parenting programme is not enough.

The difficulty in engaging fathers with parenting programmes is something that urgently needs addressing. Studies have demonstrated the positive impact that fathers have on their child’s behaviour and development, and from a societal point of view, it can only be a good thing that any child builds a positive, happy relationship with both their parents. Research has also highlighted that, compared to mothers, fathers have a greater influence on a child’s behaviour or misbehaviour.

It was with all this in mind that we decided to investigate a programme which helps fathers in the most vulnerable, hard to engage with families.

The UK charity Mellow Parenting runs programmes which act as “preventative interventions”, to lower the risk of children developing a conduct disorder. A child with this disorder may exhibit a pattern of disruptive and violent behaviour and have difficulties following rules, so parental support is vital. The organisation works with mums, dads and expectant parents, though our focus was obviously on what was on offer for fathers.

One of the Mellow Parenting programmes – mellow dads – targets those hard-to-reach fathers who do want to change. Dads who are offered a place are classified as vulnerable, and usually have complex problems such as substance misuse, mental health problems and a history of domestic violence. Unemployment, financial difficulties, offending behaviour, poor education and poor literacy are also common in the dads who attended this programme.

However, just because dads have serious and sometimes numerous problems, doesn’t mean that they are intrinsically bad fathers.

Research has highlighted that there are a number of dads who do want “to be listened to, believed, and given the chance to prove themselves”.

Speaking to parents and the course organisers, we found that fathers appreciate the efforts of facilitators to make the group work, cherished the advice on play and parenting style, and also valued the opportunity to talk to other fathers who are experiencing similar problems. These dads wanted to be better parents, but perhaps did not know how, or had no one to turn to and ask for help.

An important part of the mellow dads scheme is that the dads who join the classes don’t work on their parenting in isolation: each day-long meeting of the 14-week scheme, conducted in community settings, is split by a lunch break, during which dads eat with their children. This is followed by a play or craft activity. These lunches are a safe space for fathers to nurture their own relationship with their child, and also provide a realistic scenario which can be observed and filmed for later discussion.

However, programmes like mellow dads aren’t infallible, and can’t mould all men into perfect fathers overnight. Unfortunately, it takes a significant amount of time to get at-risk, vulnerable dads to first attend the programme, and making sure they attend and stay engaged is difficult, too. There is also the issue that fathers who are not living with their children often don’t get much opportunity to practice their newwly-acquired parenting skills. And some dads even struggle to get to this point, and are unwilling to share personal information in a group session.

But they can work. If fathers are ever going to be regarded by society as an equal partner in family life, they need the same support as mothers already have. Programmes like mellow dads are helping even the most at-risk parents get the support they need, building their confidence in parenting, and making positive changes in their parental relationships.

By Clare Allely, Lecturer in Psychology, University of Salford

This article was originally published on The Conversation. Read the original article.

We welcome well-written articles from external contributors who share our approach to life, but not necessarily our opinion. Copyright remains with the original author unless explicitly stated otherwise.