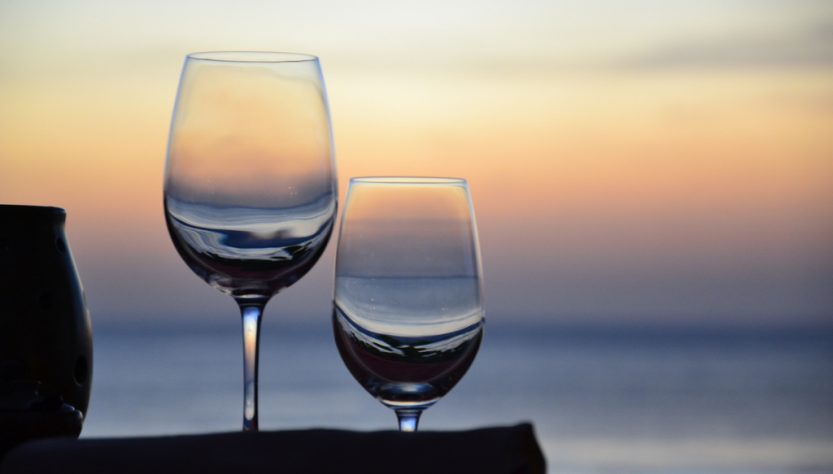 “Daddy…” They began. I knew from the tone of their voice that this might not end well for me. It was only one word, but the intonation was laden with honesty, purpose, and that uncomfortable feeling you get when someone says ‘we need to talk’.

“Yes?” I replied, giving them my full attention whilst internally bracing. Let the inquisition commence.

“You know Mummy has a boyfriend” they continued in their pincer movement. “She has someone to drink wine with, and to play with, when we’re not with her”

They paused. Took a breath. I held mine. “Why don’t you have someone?”

Silence. The pregnant pause lasted for an eternity (of about 8 seconds, most likely).

I took my position at the figurative pulpit. Wiped my brow, and began.

I’ve tried very hard not to talk to them about the scary grown-up world of dating; online and IRL. I’ve sheltered them from the optimism, the excitement, the disappointment, the rejection, the reset, lather, rinse, and repeat.

I go the extra mile to make sure that they believe that I’m absolutely fine when they are not with me, that I’m not lonely – and when they say they want to stay with me on a Sunday evening, I very firmly say that they must go back to Mummy’s house so that they get to spend time with both of us. I try to avoid saying I miss them, as I don’t think it’s fair to put the emotions of separation onto children.

But now I can sense their unease that Daddy might be destined to a lifetime on his own. They want reassurance that there is a relationship light at the end of the separation tunnel.

“I have been out on dates” I said, and anxiously awaited their response, unsure of where this was heading.

“You have?!” They both exclaimed, excitement in their voices.

They were genuinely excited and happy that I had actually been out meeting people. I was concerned that they would be outcome-oriented; that they would now worry about the success or failure. But no. They were just really happy for me, and that is wonderful thing to receive from anyone.

And this nice fluffy story could end just here. But no, they then offered up their combined 13 years of wisdom – to make sure that I had the best chance of success.

Out of the mouths of babes…