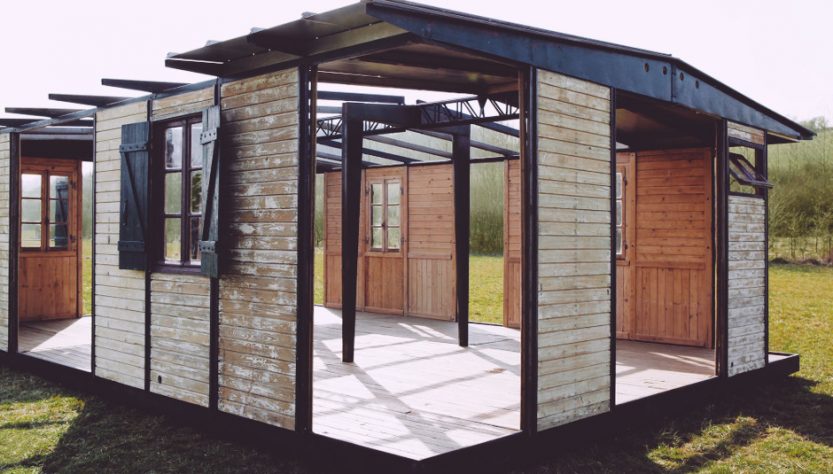 The rare post-war pre-fabricated Demountable House by French architect Jean Prouvé has been erected in London, in Berkeley Square before it is sold at auction.

The Demountable House was designed in response to a housing crisis in France at the end of the Second World War.

Built from wood, steel, and aluminium,  Prouvé’s solution was designed to be a low-cost, quick to erect, 6 metres squared space – later expanded to 6×9, and with a height of nearly 7 metres.

It is surely the least expensive house on sale in Mayfair, a parallel which would have resonated well with the artist – Alexander Payne, Phillips’ Worldwide Head of Design

The house is open for public viewing from Wednesday 22 April to Tuesday 28 April, 2015