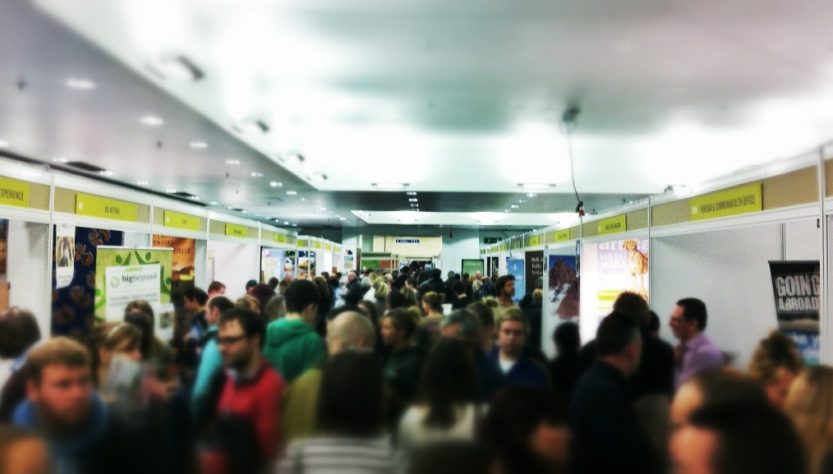 On a bright but chilly Sunday morning, Traveller & Tourist packed up our grab bag, camera, and tripod, and headed off to Olympia, London for The Telegraph Adventure Travel Show.

Tucked away in the third floor of the Olympia conference centre were a wide range of stands of assorted size and destination, to cater for the myriad needs, wants, and methods of travel desired by the adventure travel audience.

The first thing to strike me aside from the price of the sandwiches, was the average age of the attendees. Adventure travel traditionally conjures up images of 20-something wanderlust driven travellers, looking for their slice of worldly experience off the beaten track. Instead the exhibition floor was populated by a more grey audience, a more 40 plus group of travellers looking to reach out to parts of the world which although are absent from the pages of Thomas Cook and his peers, are all easily accessible and within reach of couples who’s nests have emptied and who’s disposable incomes reflects a demographic for whom first time buyer issues relate only to their following generations.

As the clock ticked over another hour, the auditorium kicked out those attending one of the stream of seminars running throughout the day and the age balance was restored – youthful exuberance filled the aisles between the aluminium storefronts and filled the seats around the cafe areas.

The Telegraph Adventure Theatre played host to talks from Dave Cornthwaite, with his Say Yes More presentation about his life post-rat race when in 2005 he quite his job as a Graphic Designer and like many of us wished to to find a way to make a living based on passion, not expectation. His subsequent years have given birth to his Expedition1000 project; 25 journeys of at least 1000 miles, each using a different form of non-motorised transport. In the Summer of 2012 Dave completed his 7th Expedition of the project, a 1001 mile swim down the Missouri. As with all of his trips he didn’t train, in fact, he’d never swum further than 100 metres before he jumped in. Harking back to the Tim Ferris 4-Hour Work Week: Escape the 9-5, Live Anywhere

), Dave’s philosophy is simple, he has worked out how to live more, for less.

Another of my favourite on-screen travellers is Nick Crane, who presented Into The Void, from Tibet to Totnes. Nick has presented over 60 films for the BBC, including the Coast series, Mapman, Great British Journeys, Britannia and Town, and in this seminar looks at domestic adventure.

The Adventure Travel show was varied and served to give you options and inspiration for planning your global treks, but for me it was lacking a sense of awe and majesty – not through over-commercialisation, but a middle-happy-point where maybe the show could move into the main hall and give some space to large-scale photography, Mongolian Gers, Kayaks, and other inspiring objects of travel-dreams… and fewer aluminium trade stands.