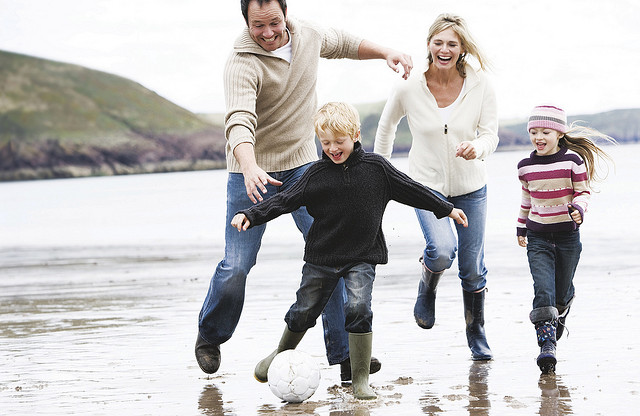 Fascinating article from Anne-Marie Slaughter (twitter) in the July/August issue of the Atlantic on Why Women Still Can’t Have It All. The article explores her time working in Washington having ‘made it’ with a high-powered and important career, albeit one that involved spending huge amounts of time away from her children.

I ran into a colleague who held a senior position in the White House. She has two sons exactly my sons’ ages, but she had chosen to move them from California to D.C. when she got her job, which meant her husband commuted back to California regularly. I told her how difficult I was finding it to be away from my son when he clearly needed me. Then I said, “When this is over, I’m going to write an op-ed titled ‘Women Can’t Have It All.’”

She was horrified. “You can’t write that,” she said. “You, of all people.” What she meant was that such a statement, coming from a high-profile career woman—a role model—would be a terrible signal to younger generations of women

Anne-Marie says that she truly believed that you could have it all. You can balance a career with having children, in fact it was what women had fought for, what women deserved:

All my life, I’d been on the other side of this exchange. I’d been the woman smiling the faintly superior smile while another woman told me she had decided to take some time out or pursue a less competitive career track so that she could spend more time with her family. I’d been the woman congratulating herself on her unswerving commitment to the feminist cause, chatting smugly with her dwindling number of college or law-school friends who had reached and maintained their place on the highest rungs of their profession. I’d been the one telling young women at my lectures that you can have it all and do it all, regardless of what field you are in.

I strongly recommend you read the whole article. Follow her story through and see what the parallels are to your own life and choices.  It’s the cover story from the July/August issue of the Atlantic, so it’s quite long and 6 long screen-pages worth, but really… have a read.

And it raises the question – do we treat men differently than women? (stay with me, I appreciate that’s an immense simplification of myriad issues). Do men treat the family vs career choice differently to women? What if we reframed these choices, or switched man for woman in the discussion? Another quote from the article compares people’s perception of a commitment to religion with a commitment to children:

One final example: I have worked with many Orthodox Jewish men who observed the Sabbath from sundown on Friday until sundown on Saturday. Jack Lew, the two-time director of the Office of Management and Budget, former deputy secretary of state for management and resources, and now White House chief of staff, is a case in point. Jack’s wife lived in New York when he worked in the State Department, so he would leave the office early enough on Friday afternoon to take the shuttle to New York and a taxi to his apartment before sundown. He would not work on Friday after sundown or all day Saturday. Everyone who knew him, including me, admired his commitment to his faith and his ability to carve out the time for it, even with an enormously demanding job.

It is hard to imagine, however, that we would have the same response if a mother told us she was blocking out mid-Friday afternoon through the end of the day on Saturday, every week, to spend time with her children. I suspect this would be seen as unprofessional, an imposition of unnecessary costs on co-workers. In fact, of course, one of the great values of the Sabbath—whether Jewish or Christian—is precisely that it carves out a family oasis, with rituals and a mandatory setting-aside of work.

So what do you think?

I’ll leave you with the concluding lines:

We may need to put a woman in the White House before we are able to change the conditions of the women working at Walmart. But when we do, we will stop talking about whether women can have it all. We will properly focus on how we can help all Americans have healthy, happy, productive lives, valuing the people they love as much as the success they seek.

image credit: into somerset. Which makes me want to go to Somerset 🙂